Bubbles (sometimes referred to as overhead items) are sprites shown above players' heads when performing many different actions in RuneScape Classic. Creating complex animations requires memory and time, especially for 2-dimensional sprites such as those used for players, which need to be painstakingly redrawn for each frame. Thus, role-playing aids such as text in the chat box and bubbles are used instead. Generally speaking a bubble will appear for gathering skills when using the appropriate tool with the resource scenery (fishing spot, mining rock, or tree), for production skills when interacting with the helper resource scenery (furnace, anvil, range, potter's wheel, pottery oven, spinning wheel), when attempting to get something from scenery such as water, sand, wool, rock samples, and when opening 'special' doors or after doing intermediate steps.

They are almost always the same as an item's icon.

Bubbles appear for the following actions:

(This list is incomplete, you can help by expanding it.) 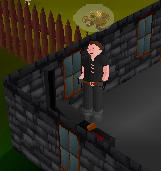 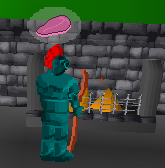 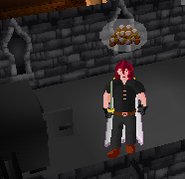 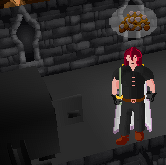 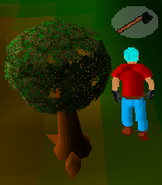 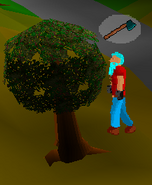 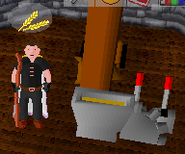 Using grain on a hopper

Creating an Onion mixture or Onion and Tomato Mixture

Intentionally burning meat on a range

Using the opal on a chisel 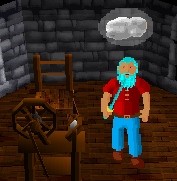 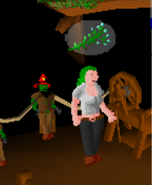 Making molten glass by using bucket of sand on furnace 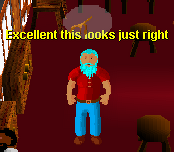 Panning at the Digsite

Using a trowel at the Digsite 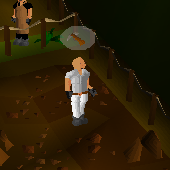 Using a Rock pick at the Digsite

Mining the Rock of Dalgroth 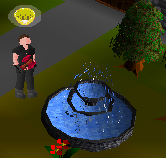 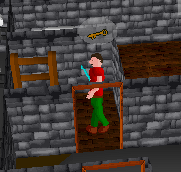 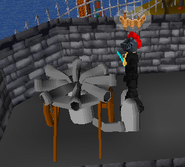 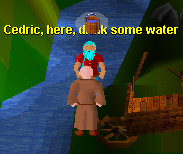 Getting tackled by, or tackling a gnome baller
Click an image to enlarge
Retrieved from "https://runescapeclassic.fandom.com/wiki/Bubbles?oldid=93020"
Community content is available under CC-BY-SA unless otherwise noted.