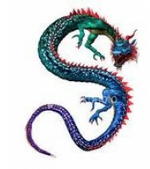 Hello, I originally started Runescape in Feb. 2001, just one month after the initial release. In a way I have seen Runescape from being born, and growing into the full-grown adult it had become today (in exception of DeviousMud). I honestly do not like what Runescape (RS2) has slowly evolved into, and I feel it has grown too far apart from what it originally was back in the day.

I am glad they reopened RSC and am able to re-experience the true originality again. The nostalgia and feeling of what a nice and truly challenging game Runescape once was! Now I have strong concerns about where RSC will be headed in the near future (yeah I know it's just a game), and the ripple effect the Classic Cape will have on RSC for good and for bad.

The Classic Cape...one side of the coin for me says it's an awful idea if they make it available to everybody, other side says it's truly awesome because it could jumpstart RSC again with players and give this wiki a purpose to it! Jagex needs to make it available to players who was around to play the original from 2001-2004, or at least the couple of times they have reopened it. Don't make it available to all RS2 players if they decide to reopen RSC after the release of the cape, and all they have to do is just log on for 1 second and log out and they have it...I say have certain limitations for getting it! Even if it's just getting 500 skill total, at least they actually tried it out and have some background of RSC. I honestly just don't want a new player that's played only RS2 for like one day to go "Yay! I got a truly awesome cape that I have no idea what it is or what I'm doing and I'm going to just run around with it on like everyone else!!! 8D". Wrong answer, It's just kind of insulting to RSC itself if this happens.

The other side of me is very excited for the future of RSC with this cape coming out, and I think most people don't realize the potential of what's to come. Firstly, Jagex is making the Classic Cape so the word has spread and everyone knows about it now. They have probably planned this for at least a year, so hence why RSC isn't reopening any time soon or hasn't since June 2010 (was suppose to reopen January 2011). I see bigger plans than to just release the cape to RS2 players, they are going to most definitely reopen it again to give people a chance to get the cape temporarily or permanently. As much as I would hate it if 100,000 new runescape players log onto RSC just once to get the cape during the two-week period, this also means they will always be "classic-enabled". That means there's 100,000 potential RSC players that can play whenever. There's hope for RSC and to become lively with players again! If you figure even 1% of that number decides or gets convinced to just log on and try out RSC for a few hours, you're talking about 10,000 more players coming onto RSC and jump starting the liveliness again. That's a good number considering only a max of around 60 currently play at any one time. Jagex obviously will have to have more than 2 worlds for newcomers so they open up 5 more worlds or so. Now Jagex sees the growth of RSC and liveliness, the 10,000 players have convinced their friends to try it out so the number grows. Soon enough, in a couple or so years, they may decide to just permanently reopen it! (If they don't already after the cape is released)

In conclusion, there is hope for this wiki! After I realized what might become of RSC pretty soon, I have tried to help as much as possible with this wiki. If a ton of people start playing they need to have a wiki with info, even basic stuff because there will be no GE for newcomers, will have to rely on finding the shops for stuff for example, and they can't use the RS2 wiki anymore because it's too much of a time gap between the two games. This will be the most accurate and reliable source of info for players new or old, and I forsee a lot more people eventually getting onto this wiki to help contribute, especially those that have truly dedicated themselves to RS2's wiki for years already.

For real life, I served 4 years of active duty service in the U.S. Army as a combat-airborne engineer. I am out of the service now and plan on using my G.I. Bill to continue my education.

Retrieved from "https://runescapeclassic.fandom.com/wiki/User:Heracles85?oldid=43773"
Community content is available under CC-BY-SA unless otherwise noted.