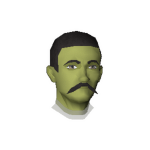 Hey Jlun! Nice pictures of those rares! I never thought that we would be able to get those :) Must have taken a while to get someone to show you those. Nex UndiqueTalk 04:12, June 13, 2010 (UTC)

I didn't know that it was still in Classic. In the old censor, instead of starring out words, they would become 'cabbage'. I'm pretty sure that you accidentally said a censored word and the censor made it say 'cabbage' instead. Nex UndiqueTalk 19:18, June 14, 2010 (UTC)

I think Png is the best, not sure or it is the best though. However; do you want to upgrade the pfletching page on the wiki, as your going for 99 fletch? Gl. ZorakTalk

I don't think you should delete them untill it works there. ZorakTalk

Hmmm, I think that they would need to be verified first. After all, the image ID could very possibly be wrong, but verifying it defeats the purpose of using it. What I suggest is to open a Maple Grove thread, and ask everyone else what they think. It's going to take a while though. --Nex UndiqueTalk 23:12, June 22, 2010 (UTC)

I like it tbh, i checked some and it works. So: Why not? --ZorakTalk

That's good. I guess there's no harm in taking some images then, unless they are really obscure. If it's a rare item it would probably be best to verify it first. Nex UndiqueTalk 12:43, June 25, 2010 (UTC)

I'm still confused at the whole .PGN thing, I'll try to not make that mistake in the future.

Hiya, I saw the pics you uploaded of the phats and other rares. They look good and it's a big help since there are hard for newer RSCers like myself to get a hold of. Thanks for that. Cheers, Tollerach (talk) 08:23, June 27, 2010 (UTC)

Sorry, I'll try to be better about labeling pictures in the future.

That's an excellent question. I've explored the RSC wilderness pretty extensively and I haven't found any green dragons. I think that they might not exist in classic and may have been introduced during the big wildy changes that ended PVP. I don't know this for a fact though and I was leaving that page until I could get some confirmation from others. Do you know one way or another? I'd be willing to change the page to say they don't exist in RSC if I could get some more information. Do you know anyone (like a vet) that we could ask to find out? I'd be interested in figuring this out.

PS - Nice job on adding all those images. Your image list is nice and really going to help the wiki get some good images.

I think you can actually put Weapon poison potion on daggers and poison monsters with them. I haven't personally tested it, but I'm assuming it works similar to regular weapon poison in RS2. So "poisonable" lets us know what monsters can and cannot be poisoned in this way. Hope that helps explain it. Cheers, Tollerach (talk) 01:33, August 9, 2010 (UTC)

Yep again nice pictures, and thanks! You too getting your stats up @ rsc! --ZorakTalk

Lol, That's a funny pic you have there. RSC does allow you to make a female character with facial hair. It was a programming "feature" that they got rid of somewhere before RS2. In any case, I have seen bearded women characters in RSC before so its not an unheard of glitch. You should be able to fix it by going back to the makeover mage and setting your facial hair to none. Or you could always join the circus... hehe. Hope this helps.

When I was uploading pics I saw that they did not have transparency.

I wanted to know just how to add transparency picture.

Thanks for offering to take those pics before your membership expires. Any and all additions you make will certainly be appreciated. To me, I think we could use pictures for each different type of NPC with the same name. We could either put a few different pics in the infobox, or put the other images somewhere else in the article. So please take a many pics as you can, and I'm sure we can find uses for them. And don't worry if you can't get all the ones you want before your membership expires, because you can always let us know what you missed and we can help complete the list. Thanks for your help.

Hey Jlun! Hah, I never noticed that! If they look exactly the same with no difference at all, it could be named just 'Rune Weapon.png'. But if there is a difference, it can't be. Nex UndiqueTalk 15:09, August 25, 2010 (UTC)

RE: NPC level and Spell descriptions

Happy New Year! Nice job on all the work you have been doing for the wiki. I could only check the wiki briefly over the holidays but I was happy to see that you and others were making a lot of good changes. I also noticed we have some new users that have gained interest and that is always a good thing.

Thanks for doing those NPC levels. I'll be sure to go through the Bestiary at some point and update the entire list to include your work.

You asked me if we should include spell descriptions in their infobox. I think it would be a good idea and if you agree, feel free to add them.

I'm busy getting settled into the new year routine so I might not be on the wiki as much, but feel free to make any changes that look good, you've always been helpful. I'll also be happy to give you any help you need or answer any of your questions.

That's interesting information, thanks. I wasn't able to find an existing page and I doubt there is one. I was thinking it would be best to move both to Poison (effect) and Poison (item) and then making Poison a disambig page. What do you think? --Stormykins (talk) 04:43, October 17, 2014 (UTC)

I have updated the ice queen sprite and anti-aliased File:Title.png because it was bothering me. I couldn't identify the font used, so I just tried to do my best at making it look better with GIMP filters. I can't update the file because it is protected.

I did see some reference to a logo contest, and while I wouldn't feel comfortable entering this one (and probably wouldn't feel comfortable producing an entry, my artistic skills aren't that well exercised), it would probably fulfill the job of a replacement well enough. In light of current activity here, I don't think we'll see many entries in such a contest for a while. --Stormykins (talk) 06:39, October 17, 2014 (UTC)

I'm not aware of such a page, but I'd be interested in writing one. Your comment prompted me to check the old manual to see if there is an official name for those things, but I can't find a mention of them. Old client code indicates they are called "bubbles", though. Stormy (talk) 21:45, November 26, 2014 (UTC)

It may very well be broken I was there this morning getting meat and not even a sip taken. Now I was, constantly in combat so that could have somehow delayed the process. Shasta Sms (talk) 20:29, May 26, 2018 (UTC)

Could you create another template to be called for when an NPC is disinterested in talking with a player?  Shasta Sms (talk) 03:08, June 1, 2018 (UTC)

Hmm no I mean something like {{Hasnodialogue|NPC}} which can of course have an embedded cat of something like "No dialogue NPC". And if the message for trying to talk is, they dont seem interested in talking' or w/e a person can manually type that in, since there are some NPCs who do not wish to talk but have slightly different messages to that affect. Shasta Sms (talk) 11:27, June 1, 2018 (UTC)

A default cat sure. However, I think giving dedicated pages to a simple one line of text a bit silly. I think it may be best to create a default template and in such cases that an NPC breaks it for people to then manually write something in that page and then give it a cat like: No dialogue NPC (special).

As far as the discord and to do list, I cannot say I am too greatly interested. I simply plan on doing what I find interesting. No great desire to extend myself to projects outside my current scope. If I ever reach the end of that trail, I may then branch and seek other things to do.

I am writing to directly inform you that I have submitted a formal request to be considered for the role of Administrator of this wiki. Link to the discussion page follows: RuneScape Classic:Requests for adminship/Shasta Sms Shasta Sms (talk) 01:29, August 23, 2018 (UTC)

Retrieved from "https://runescapeclassic.fandom.com/wiki/User_talk:Jlun2?oldid=85768"
Community content is available under CC-BY-SA unless otherwise noted.