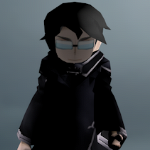 You are correct, I do have videos of classic quests on my YT channel. Additionally, my brother has some on his channel: https://www.youtube.com/channel/UCsFcOmBHOLM4KVY1Hm6WhVw

That being said, there is an inherent issue with using videos as sources. They often times do the bare minimum to complete a quest. Often times there are additional chats that can be triggered by repeatedly talking to an NPC.

As far as quest dials are concerned I intend to transcribe the following quests that I have yet to do on my Shasta account:

As far as duplicating efforts go. If someone writes them up before I do that is fine. The only things that may require coordination are I guess the Hazeel cult since it has branching sides. As far as heros is concerned i'm already aligned with Phoenix gang. Shasta Sms (talk) 20:55, June 3, 2018 (UTC)

Be aware, some dialogue pages are constructed so that if they have same before/after dialogue of a quest is together it is lumped or they are both at the end of the page. See DeVinci/Dialogue. Shasta Sms (talk) 18:28, June 9, 2018 (UTC)

Hey, many of the dialogues I have placed are for post-quest, in particular of the Jungle Forester. If the dialogue is the same as during the quest, then maybe the section would need to be labeled during Legends and after finishing quest. Also in particular the one of Alfonse the waiter had been post-quest but guess he doesnt trigger much for black arm members hehe. --Luis12345lts (talk) 21:24, June 9, 2018 (UTC)

Retrieved from "https://runescapeclassic.fandom.com/wiki/User_talk:Manpaint55?oldid=78512"
Community content is available under CC-BY-SA unless otherwise noted.